background and lead-up to the project

Gertrude Stein wrote her first play, What Happened. A Five Act Play, in 1913, not long after a key transition in her writing. During the previous decade she had written her thousand-page novel, The Making of Americans, as well as more than a dozen portraits in a repetitive prose style that consisted of long sentences filled with gerundive forms. This was the style of two other books written at this time, Many Many Women and A Long Gay Book, which included depictions of small groups. In the last few pages of A Long Gay Book Stein discovered a new technique: the lucid, opaque poetic style that she would use in Tender Buttons. The plays that she began writing in the 19-teens combined this new style with overheard conversation in an effort to portray the dynamics of groups.

Stein partly explains this transition in her lecture “Plays” (written in 1934):

I had before I began writing plays written many portraits. I had been enormously interested all my life in finding out what made each one that one and so I had written a great many portraits.

Stein’s plays are portraits of aggregates of individuals in epistemological relation or, to put this another way, they are experiments in group psychology. Her plays depict relations of dynamic knowing among a (generally small) number of people.

It turns out that the best way to explore these plays and the tricky terrain of group psychology is to stage them, or to imagine their staging. I happened on this idea in a graduate seminar on Stein that I ran at the University of British Columbia in 2004. When the students found her plays particularly challenging, I suggested that imagining their staging might help us to approach them critically. One of the students (Heather Arvidson) took up this idea and completed an MA thesis that combined interpretation with a theatrical staging of scenes from A Play Called Not and Now. The performance she directed demonstrated that staging Stein’s lesser-known plays could help readers to understand and enjoy them.

In addition to teaching Stein, my collaborative work on musical audiodrama or “melodrama” has led to the Radio Free Stein project. As I understand the genre, melodrama integrates dialogue or spoken word with music in a manner that maintains an equivalence between verbal and musical registers. Stein’s plays are ideal vehicles for continuing this experiment. Her landscape poetics insist on an equivalence between all theatrical elements.

Radio Free Stein follows from these various efforts. It consists of a series of group attempts to understand Stein’s lesser-known plays, keeping in mind how necessary, enjoyable, and fundamentally frustrating such collaborations, and group experiences generally, tend to be. 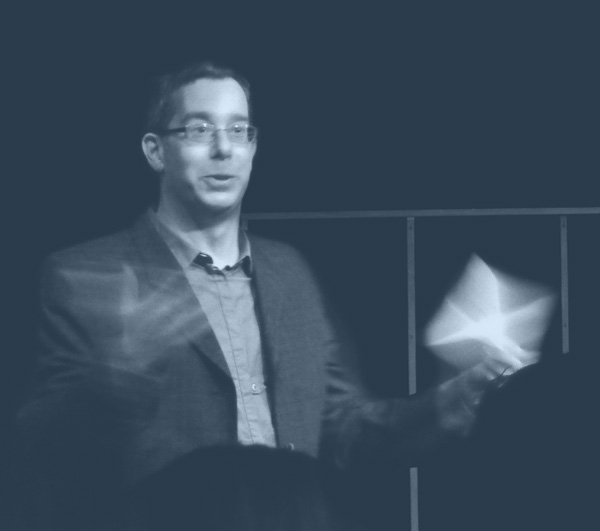 about the creator / producer

Adam Frank’s essays on affect, media, and American literature have appeared in ELH, Criticism, Critical Inquiry, and elsewhere. He has written Transferential Poetics, from Poe to Warhol (2015), co-written (with Elizabeth Wilson) A Silvan Tomkins Handbook (2020), and produced two full-length recorded audiodramas, Overpass! A Melodrama (2007) and Some Mad Scientists (2010). He teaches in the Department of English Language and Literatures at the University of British Columbia.

The music of composer Dorothy Chang includes works for solo, chamber and large ensembles as well as collaborations involving theatre, dance and video. Her music has been featured across North America and abroad, with performances by the Albany, Indianapolis, Pittsburgh, Seattle and Vancouver and Vancouver Island Symphony Orchestras, the Manitoba Chamber and Saint Paul Chamber Orchestras, and chamber ensembles including eighth blackbird, the Smith Quartet, the Chicago Saxophone Quartet and Collage New Music, among others. Currently, Dorothy serves as Professor of Music at the University of British Columbia.

Dave Chokroun is a composer-performer working with indeterminacy, noise, and improvisation. He has been featured at the Art Gallery of Calgary, Casse-Tete, FUSE, LIVE Biennale, neither/nor, Open Space, Powell Street Festival, Vancouver Jazz Festival, and Western Front. He is the artistic director and CEO of the online label and pataphysical disinfoshop The Institute for the Study of Advanced Musical Research.

Composer Daniel Thomas Davis’ wide range of musical activities has taken him from the stages of Carnegie Hall and the Royal Opera House to monasteries in the Horn of Africa to directing new-music festivals in the rural South. His music has been performed and/or recorded by, among others, cellist Lynn Harrell, the Detroit Symphony, London Sinfonietta, Lontano Ensemble, Charlotte Symphony, Lexington Philharmonic, Ossian Ensemble, BBC Singers, Back Bay Chorale, and eighth blackbird. Davis currently serves as professor of music composition at the State University of New York at Binghamton.

Steven Meyer teaches literature and intellectual history at Washington University in St. Louis. He is the author of Irresistible Dictation: Gertrude Stein and the Correlations of Writing and Science (2001). Currently, he is completing Robust Empiricisms: Jamesian Modernism between the Disciplines, 1878 to the Present, a multidisciplinary account of investigations in philosophy, the sciences, science studies, literature and literary criticism that involve the development of techniques for eliciting something where, from the perspective of traditional empiricism, there is nothing. A related project, Understanding Twentieth-Century Poetry: Rhythms of Thought, addresses the robust empiricist tendencies of many twentieth-century poets.

Michael Moon grew up in Oklahoma, attended Columbia, and did graduate work at Johns Hopkins.  He has taught at Emory, Hopkins, and Duke, and has written books on Walt Whitman and embodiment, imitation and initiation in American aesthetic and queer culture from Henry James to Andy Warhol (via Joseph Cornell), and “outsider artist” Henry Darger.  He has recently completed a book about Pier Paolo Pasolini’s film Arabian Nights.

Laura Luise Schultz is Associate Professor in Theatre and Performance Studies, University of Copenhagen. She is the co-editor with Sarah Posman of Gertrude Stein in Europe, Bloomsbury 2015. Her work on Stein centers on the performative aspects of Stein’s writing, and Stein’s impact on performance and post-dramatic theater in Europe and America. Laura Luise Schultz was the dramaturge on several productions of Stein’s plays. She is chair of the Danish Gertrude Stein Society, and in 2014 organized A Valentine to Gertrude Stein: The Reception of Gertrude Stein in the Arts and Humanities, a conference that brought together academic and artistic reception of Stein’s work, and led to the foundation of the Gertrude Stein European Network in 2016, initiated by Isabelle Alfandary.

Sam Shalabi is an Egyptian-Canadian composer and improviser, living between Montreal and Cairo. Beginning in punk rock in the late 70s, his work has evolved into a fusion of experimental, modern Arabic music that incorporates traditional Arabic, shaabi, noise, classical, text, free improvisation and jazz. He has released 5 solo albums, 5 albums with Shalabi Effect, and 3 albums with Land Of Kush. He has appeared on over 60 albums and toured Europe, North America and North Africa. Recent projects include the release of the sixth Shalabi Effect album, a duo album with Stefan Christoff, two albums on the Italian label Sagittarius, and a tour in the eastern U.S with Alvarius B, playing solo ud (Arabic lute). He is also releasing a new composition for ud and electronics on Nashazphone called “Isis and Osiris” as well as an album with The Dwarves Of East Agouza, a Cairo based trio with Maurice Louca and Alan Bishop.

Ada Smailbegović is an Assistant Professor of English at Brown University. Her writing explores relations between poetics, non-human forms of materiality, and histories of description. In her research Smailbegović addresses the ways twentieth and twenty-first century writers, including Gertrude Stein, draw on history of science and philosophies of materiality to construct poems about natural phenomena. She is a co-founder of The Organism for Poetic Research. Critical and poetic work includes Avowal of What Is Here (JackPine Press 2009), Of the Dense and Rare (Triple Canopy 2013), Cloud Writing (Art in the Anthropocene 2015), an article on animal architecture and the affective ethology of Monk Parakeets (Angelaki 2015), and a forthcoming piece on seashell description titled Some Disordered  Interior Geometries (Reanimation Library; The Volta 2015).

Samuel Vriezen (1973) is a composer and writer working and living in Amsterdam. In addition to some seventy compositions for various instrumentations, Vriezen has published poetry and essays in a variety of Dutch and international literary and scholarly reviews, as well as being active as a literary translator and as a pianist. In 2008, his first poetry collection 4 Zinnen was published by Wereldbibliotheek; in 2013, his first solo CD, of original music and work by Tom Johnson, was published by Edition Wandelweiser Records. A book of essays on a variety of artistic, political and theoretical subjects, “Netwerk in eclips”, is forthcoming. The book starts with a series of meditations on the musical logic of Stein.

Daniel Warner is a composer and electronic artist whose installation and sound work has been presented at The Festival Synthèse in Bourges, France, The Butler Institute of American Art in Youngstown, Ohio, The Victoria Independent Film and Video Festival in Vancouver, Canada, The AV Festival in Newcastle, England, and the Kenyon College Art Gallery. His book, Audio Culture: Readings in Modern Music (co-edited with Christoph Cox), is published by Continuum Press. He is currently a Professor in the School of Humanities, Arts, and Cultural Studies at Hampshire College in Amherst, Massachusetts.